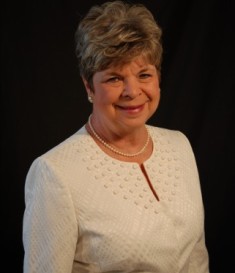 I have been so fortunate in this life to be the third generation of Masonic affiliation in my family. It was my honor to see my father receive his fifty year Masonic pin. It was due to his love for the Order and my Mothers involvement in the Order of the Eastern Star that my sister and I were both Rainbow Girls and my brother was a DeMolay. I enjoyed being an active Rainbow Girl in Houston Heights Assembly #10 and received my majority. My husband, Bruce Weaver, is an active and lifetime member of Plano Lodge #768. He also serves as an Adult Grand Officer, IORG, Past Chairman of the Grand Committee on Work and is a Past State Rainbow Dad. My husband, daughter and I continue to be active members of Plano Eastern Star Chapter #703.

We were thrilled with the interest expressed by our son and daughter to join DeMolay and Rainbow. My son is a Past Master Councilor of Farmers Branch DeMolay Chapter and was very active in the Chevalier Court. He has since become a Master Mason at James A. Smith Masonic Lodge #395. My daughter was initiated into Midland Assembly #193 where I was involved as a parent. After relocating to the Dallas area my daughter served as Worthy Advisor of Plano Assembly #320 and is a Past Grand Worthy Advisor of Texas. She also served as part of the Supreme Task Force for several years.

I have served as a member of the Advisory Board of Plano Assembly #320 for over twenty-five years. During that time, I served as Mother Advisor for three terms as well as Chairman of the Advisory Board and other elected positions for a number of years. I was privileged to be asked to create a Ritualistic Competition program on the state level approximately fifteen years ago and I continue to help my daughter, who leads this program. When it became time to revise the dress code for the state of Texas, I chaired a committee to complete this task. The recommendations that resulted were approved and formulated into the revised dress code for the Grand Assembly.

Grand Assembly in Texas has a statewide Adult Leadership Conference each year. I worked on the planning committee for this conference for ten years and have presented numerous topics at the various conferences such as general leadership, youth protection, and creating and maintaining an Adult Resource Manual.

The Texas Grand Assembly is divided in five sections. I was the leader of one of these sections, made up of ten very active assemblies, for approximately fifteen years. Over the years, I have coordinated and participated in numerous Rainbow Schools of Instruction, social events, fundraisers, charity projects, and Grand Tour events which our Supreme Inspector, Grand Worthy Advisor, and Grand Officer official visits.

I was appointed Grand Deputy for Plano, Richardson and Farmers Branch Assemblies twelve years ago. It was also a privilege to chair a group that worked to form a new Assembly (Elm Valley Assembly). I have lead groups of adults to revitalize several Assemblies.

The additional responsibility of being a member of the Grand Executive Committee came eleven years ago and I have served as the Chairman of the committee for two years. As a member and Chairman of the Executive Committee I have participated in the interviewing process leading to the election of line officers and selection of the appointed Grand Officers. The current interview and selection process was initiated five years ago.

Being a Masonic and Eastern Star family with a very special interest in Rainbow continues to keep our family one of a strong bond to help and support each other in what ever new endeavors we may encounter. My husband and I have always worked as a team and we are having the joy of working with and watching our children raise our grandchildren into the next Masonic generation.